If you have been on the internet much at all in the past year or two, you’ve probably heard about ASMR. However, you might not be sure what it is. You might have a vague idea – it involves whispering, right? And long videos? Well, yes, frequently, but there’s so much more to ASMR than that.

ASMR is a great way to relax after a long day, and there is almost certainly going to be a subset of ASMR content out there that will appeal to you. 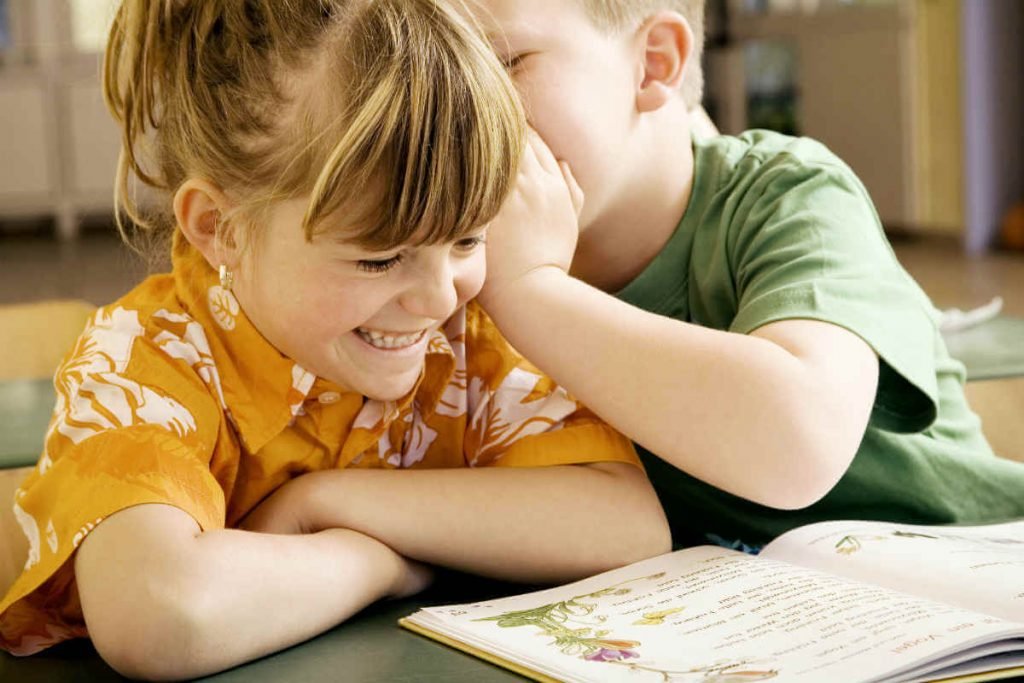 To start, let’s explore what ASMR really is. ASMR is an acronym, and stands for “autonomous sensory meridian response.” That may not clear anything up at all, unless you’re a psychologist.

ASMR is essentially a response to something external, usually soft, calm, repetitive noises, that result in tingles from the top of your head all the way down your spine. Some people get ASMR feelings from haircuts, for example, in reaction to the sound of the scissors near their ears. Many people feel ASMR tingles from people whispering in their ears. It’s similar to the chill that great music or awe at an incredible landscape can give you (known as frisson). 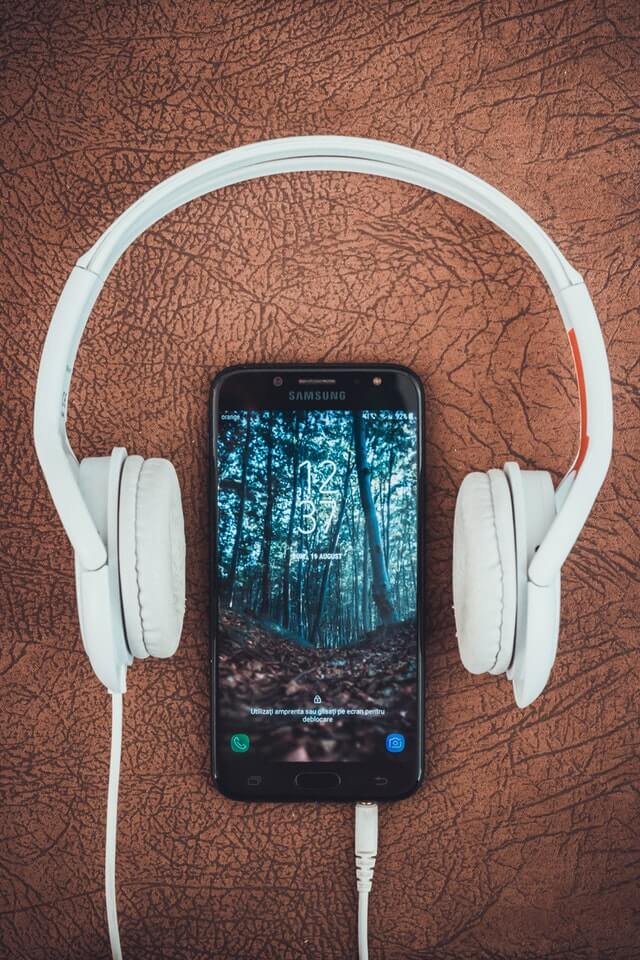 ASMR is a new cultural phenomenon – the earliest found reference to something we can accurately describe as ASMR was in 2007. Of course, it has likely been around as long as humans have been – a passage in Virginia Woolf’s Mrs Dalloway describes a person feeling pleasant chills running down someone’s spine from hearing someone else speak softly, which sounds like textbook ASMR. However, ASMR wasn’t discussed or studied in any real sense prior to the 21st century, because people simply weren’t conscious of it as a standalone concept.

This is due to a couple factors. First, ASMR was discovered as a common human experience due to the internet’s ability to bring people together and ask questions about things they experience. The first known discussion of ASMR happened on an internet forum, for example.

Without this ability to easily find or be found by others worldwide with a similar experience, it is likely that people with ASMR-like experiences would at most find out that a few of their friends felt similar things, and that the discussion would never go further. The internet facilitated the spread of ASMR as a concept. 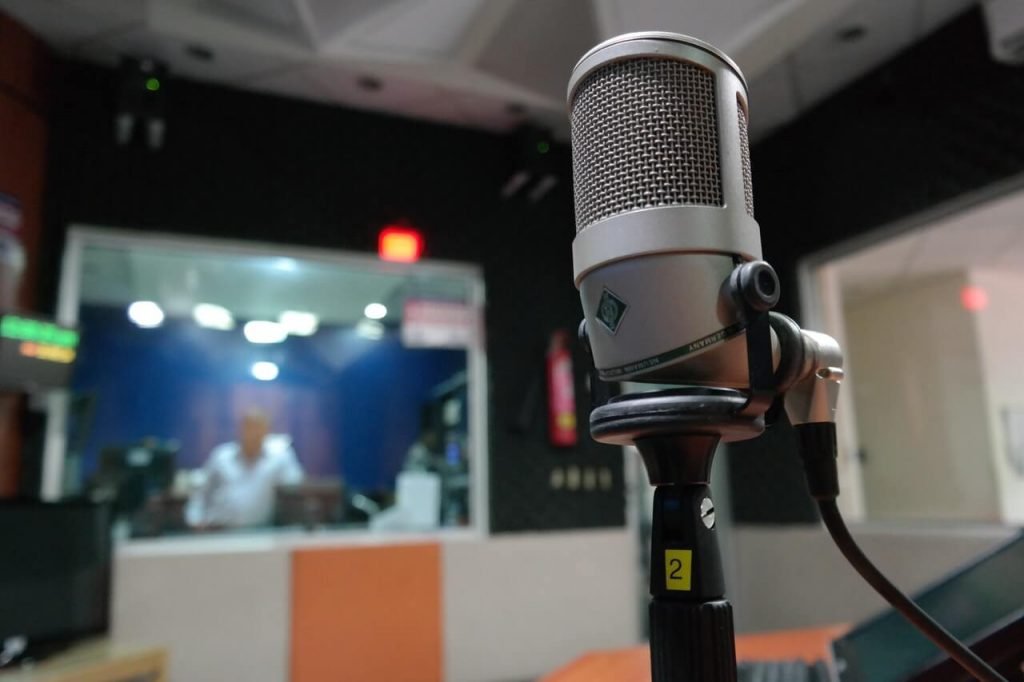 Another factor that may have influenced the 21st century “discovery” of ASMR is that according to Bryson Lochte et al., “the brain regions found most active during the tingling sensations” were closely related to those “previously observed during experiences like social bonding and musical frisson.” This correlates with the fact that many modern ASMR videos involve a roleplay aspect, where the listener is being taken care of by the person in the video.

It may be possible that, in a modern world where people may not interact with close friends in person on a regular basis, an aspect of regular social bonding can become unlinked from in-person interaction and come to our attention as ASMR. In this theory, ASMR tingles were a part of daily life in the past, but became less common as people spent more time on their own in the late 20th and early 21st centuries. Finding whether or not this is correct will take more research – more studies on ASMR are being done daily.

Regardless, since Vice did a profile on GentleWhispering, a popular ASMR content producer, ASMR has started joining the mainstream. ASMR videos can be found all over YouTube, ASMR podcasts fill every audio streaming service, and short ASMR clips can even be found at the top of Snapchat’s “Discover” tab. ASMR is obviously interesting to lots of people – so how do you join in?

What is the Best Way to Listen to ASMR 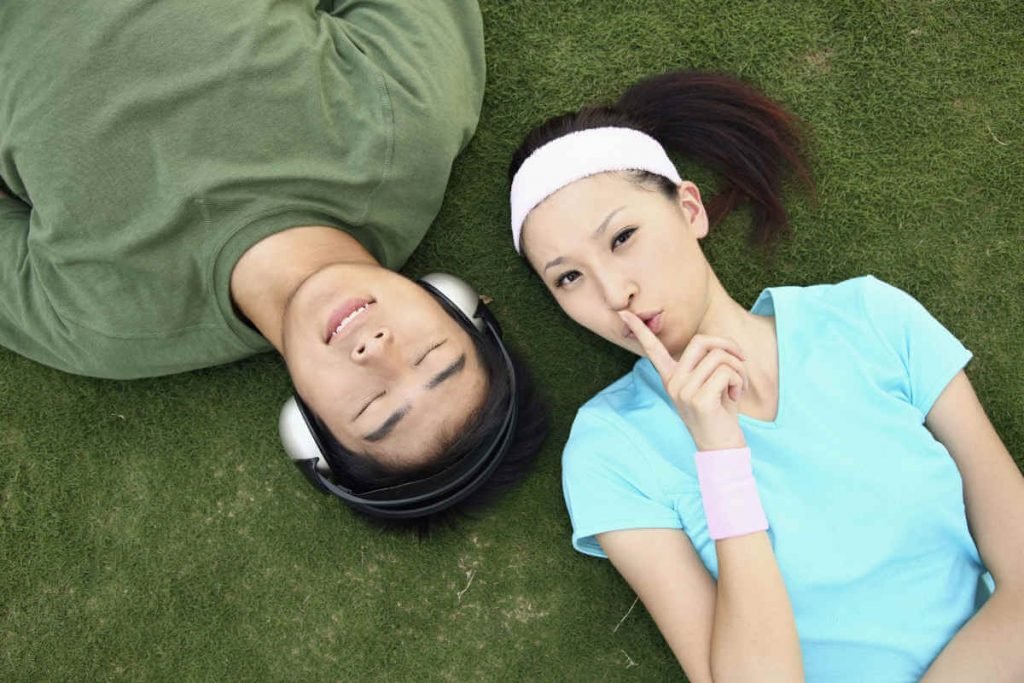 If you’re interested in ASMR, then you’re in luck. There are hundreds of thousands of videos available to you, for free. Many of those on Youtube!

However, you might be concerned about how to listen to it. The best listening technique depends on what makes you most comfortable. Here are a couple things to keep in mind when you’re preparing to listen to ASMR videos.

What is the Best Way to Listen to ASMR for Relaxation? 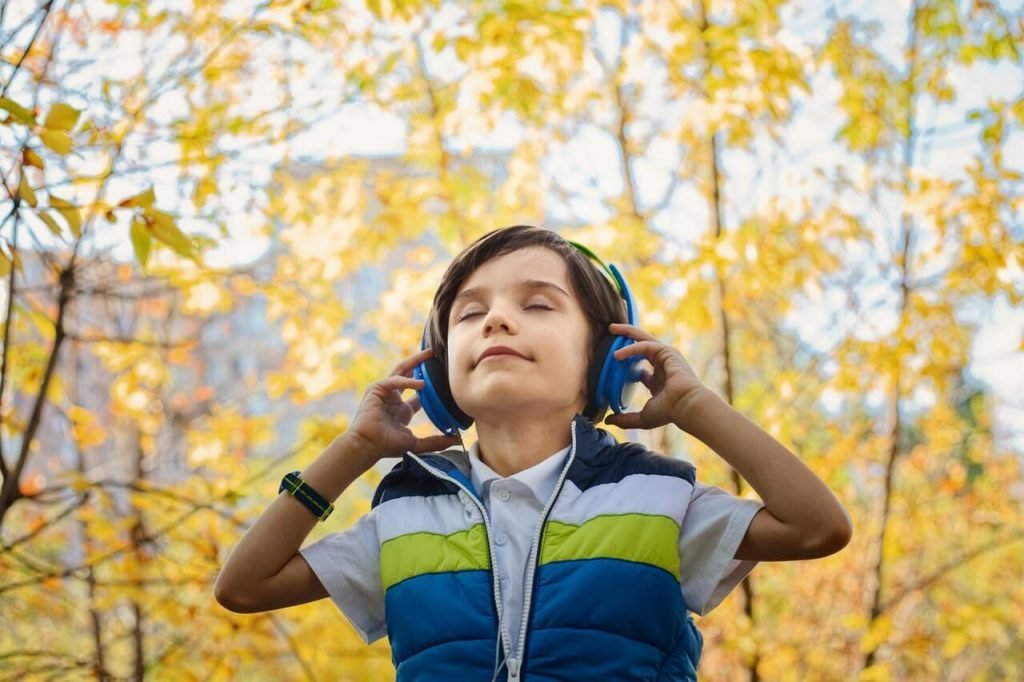 The consensus is that the best way to listen to ASMR is through comfortable headphones for sleeping, which many deem perfect for ASMR. A significant ASMR trigger for a lot of people is proximity.

The close the sound feels, the more likely it is to trigger those tingles. Even high-fidelity speakers don’t always cut it. Instead, headphones, or even better, in-ear earbuds are usually the best for listening to ASMR content.

What is the Best Position for Listening to ASMR? 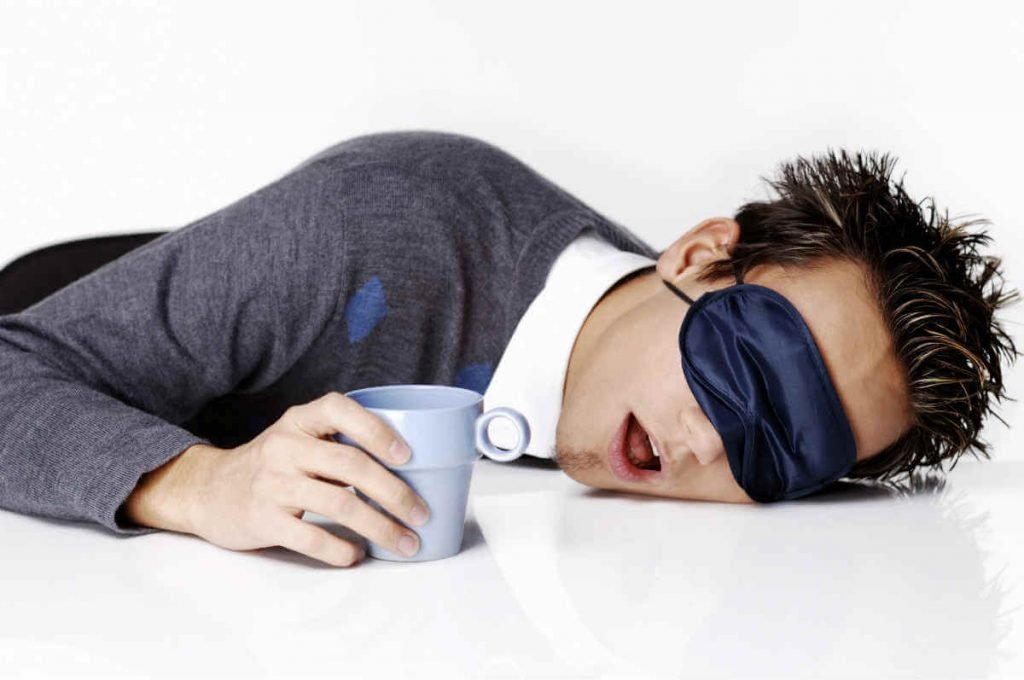 Some people prefer to sit up, and some prefer to lie down. It depends on why you want to listen to ASMR, and what makes you most comfortable. Some people report that laying on their back makes it harder to trigger ASMR tingles, while others say that sitting up keeps them from focusing on the sounds.

Experiment a little and see what works for you!

What is the Best Time of the Day to Listen to ASMR? 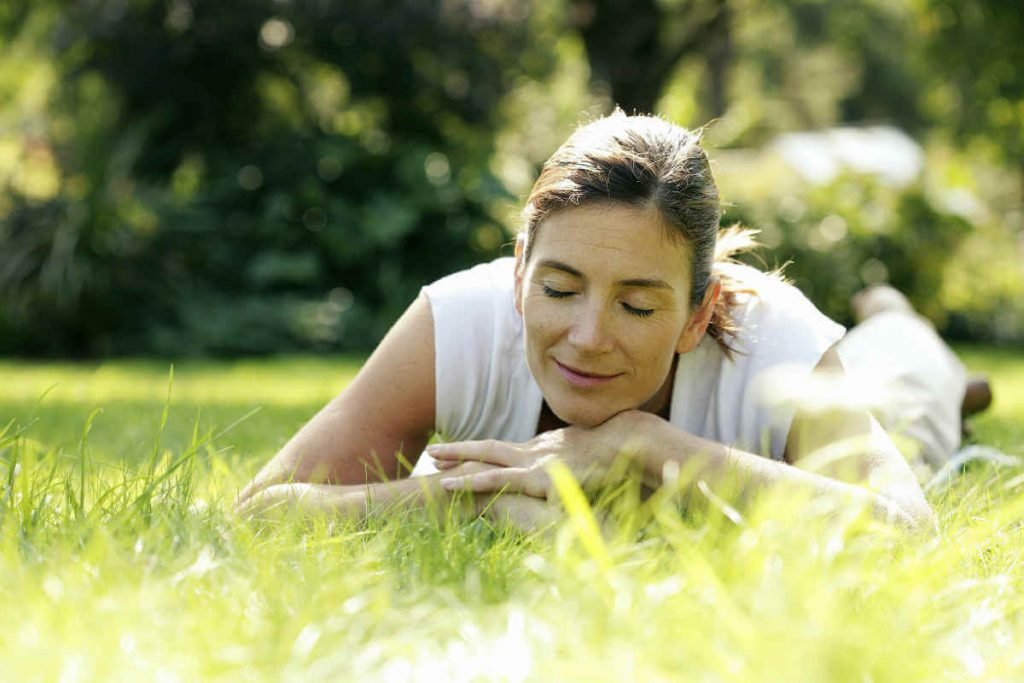 The relaxing effect of ASMR means that a lot of people like to use it to help them sleep. Many ASMR videos are aimed at helping you sleep. If that’s your goal, then starting a video half an hour before you want to be asleep is a good idea, so you have plenty of time to wind down.

Otherwise, you can find ASMR videos for midday relaxation as well – you may just have to filter out results aimed at sleepy listeners.

How Often Should I Listen to ASMR to Relax? 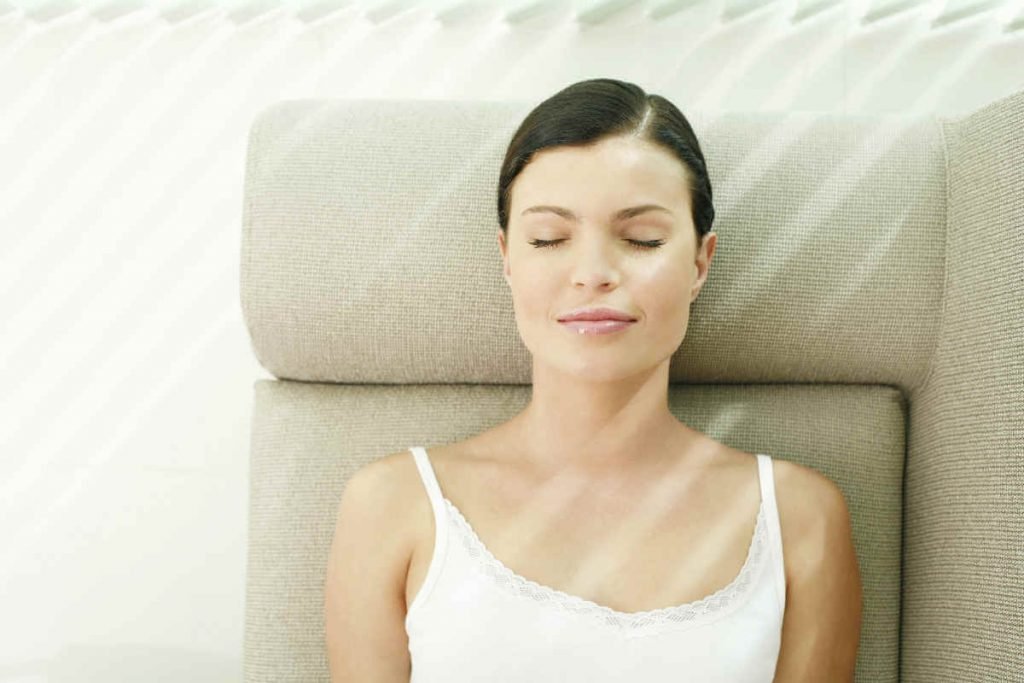 Finally, many claim that watching too many ASMR videos results in feeling “immune” to the sounds – they don’t trigger ASMR tingles for a while, because you’ve listened to them so often.

If you’re just entering the world of ASMR, then remember to pace yourself! These videos aren’t going anywhere, and you don’t want to have to take a week or two’s break just to get your ASMR response working again.

ASMR is an unusual and very neat human reaction, and it’s great for helping you relax. If you want to wind down, and you haven’t tried watching ASMR videos, then it might be time to try. Finding something that triggers your ASMR tingles can be a fun process, and worthwhile too. Go plug in your headphones and head over to YouTube to see what interests you!